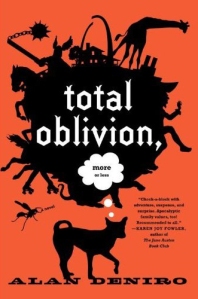 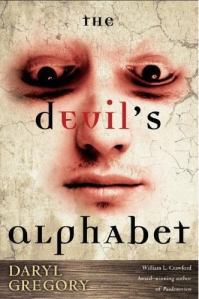 Two friends of mine (Daryl Gregory and Alan DeNiro) have novels being released tomorrow, and I’m going to post short interviews with both of them. So stay tuned.

Publisher’s Weekly on The Devil’s Alphabet:

A wide variety of believable characters, a well-developed sense of place and some fascinating scientific speculation will earn this understated novel an appreciative audience among fans of literary SF.

and on Total Oblivion, More or Less:

As this peculiar but entertaining first novel begins, geography and cosmology have shifted. Natural laws work unpredictably. The U.S. government has disappeared and plundering bands of Goths and Scythians roam the Midwest. Sea serpents close the shipping lanes, and oil companies convert their tankers into slave ships that cruise the Mississippi…an impressive debut from a promising writer.

This entry was posted in Uncategorized. Bookmark the permalink.

This site uses Akismet to reduce spam. Learn how your comment data is processed.