In 1986 I got a job working from 5pm to 11pm as a proofreader for a company that typeset books for textbook publishers and university presses. In 2009, a French publisher offered to translate and publish The Painting and the City and Psychological Methods To Sell Should Be Destroyed.

What, you ask, is the connection? 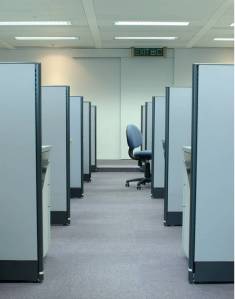 The typesetting company was a factory, typesetters, proofreaders, and paste-up artists* worked in a production line of very small cubicles.

*Paste-up artists were people who took the type (which was a form of developed film, on Kodak paper), and pasted it onto boards (also called mechanicals) that had been printed with page dimensions showing in non-reproducing blue.

Most people did their specific jobs without thinking much about how things worked in the rest of the company. Sometimes people were moved into other jobs, often because they weren’t doing their job well.

After a while, my proofreading wasn’t going so well. It was dull work, reading typeset galleys word-for-word against the manuscript. Thinking made you miss errors. My writer-brain thought a lot. Some books were interesting, but reading for fun made you miss errors. I read for fun a lot. In the Encyclopedia of Southern Culture I discovered the term geophagy and other interesting things. I still have an idea file of copied galleys.

I was eventually moved to a production-monitoring job. I talked to the production people at the various presses and kept track of their books, making sure they were having the things done to them that were supposed to get done. Because I’m curious, I learned something about typesetting and page layout. Sometimes I typeset a correction myself and pasted it into wherever it was supposed to go. Desktop publishing arrived. I started learning about it. I moved to New York, got a production job at a publisher, took classes in page-layout software, started designing books.

Years later, when PS accepted In Springdale Town for publication, I wanted to do the design and layout, which lead to doing design and layout for most of PS’s titles for several years. One of those was The Babylonian Trilogy by Sebastíen Doubinsky. Sometimes I correspond with authors, sometimes I don’t. In this case, there were some things I needed to ask him. This led to more correspondence, to friendship, to his buying and reading (and liking) Psychological Methods To Sell Should Be Destroyed, to reading and liking The Painting and the City and sending it to a French publisher-friend.*

*I can’t give myself all the credit in this case. Seb took an interest. He’s that kind of person.

If I had been a robot proofreader I might still be there*. Except the company doesn’t exist anymore.

*Note: This post is not meant to give the impression that I was a superhuman amongst drones (though there were some drones). There were many fun and interesting people, some of whom I’m still in touch with.

Moral, if you need a moral. Don’t be a robot. Especially if you want to be an artist. Look around, experiment, take risks.

This site uses Akismet to reduce spam. Learn how your comment data is processed.

All contents copyright © 2021 Robert Wexler except as noted