Which is in San Jose, CA and is what I’m trying to get to but I’m stuck in the Columbus, OH airport (with free wireless). Assuming I get there, I’m giving a reading tomorrow (Friday) at 10:30.

The recent news that Barnes and Noble is closing its B. Dalton stores got me thinking back to when I worked at a Waldenbooks, starting in June 1984. B. Dalton and Waldenbooks were shopping mall bookstores, precursors to the giant chains of Borders and Barnes and Noble. I don’t know who (what corporate entity) owned B. Dalton then; KMart owned Waldenbooks.

At the time, these chains still carried actual books. The one where I worked was in Hancock Plaza (in Austin), an older, pre-mall shopping center, with stores facing an open-air courtyard. The store was much smaller than its fellow stores in the newer shopping malls, and the staff were not know-nothing mall-store employees. We actually liked and read books.

The store’s inventory was determined elsewhere, regional managers, or perhaps KMart accountants…but because the store was small, we had a lot of freedom to add extra books that didn’t appear in corporate lists. You could order books for the store but they rarely came. It worked better to treat them as special orders for a customer, and then put them on the shelf.

I discovered many writers while working there, reading things that shaped my current and later writing. Angela Carter’s Nights at the Circus, William Gibson’s Neuromancer, and J.G. Ballard’s Empire of the Sun all came out that year. Mark Helprin’s Winter’s Tale came out in 1983, and entered my life via a display of mass market paperbacks. I had read Ballard before Empire of the Sun (I think I started with the “Best of” collection), and I read Angela Carter’s Fireworks collection before Nights at the Circus. I also started reading Robert Coover during that period, but I lost interest in him quickly. Of those books, Neuromancer had the least influence for me. I liked it but it wasn’t what I wanted to write.

Carter and Ballard were much influenced by surrealist art, which was already an interest of mine. Helprin has more of a realistic style but with a magical feeling to everything…sure, call it magical realism. Would those be a big three of influences? I haven’t read anything of theirs in quite a while. It would be interesting to reread some things. 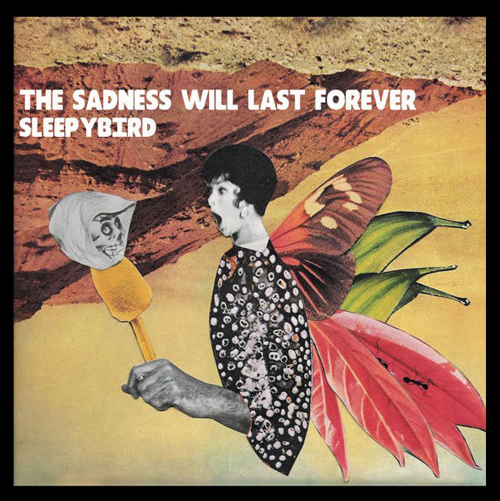 I’ve been listening to an advance copy of Sleepybird’s new cd, The Sadness Will Last Forever. It’s a stunning album, but one that takes several listens to absorb and comprehend, which was also the case with their previous, All Things Are Mine.

END_OF_DOCUMENT_TOKEN_TO_BE_REPLACED

I’m reading this evening, 6:30 pm, at the Dayton Metro Library in New Lebanon, OH, 715 W. Main St., New Lebanon (937/496-8948).  This is a low-key world premier multimedia experiment of words and music.  I’ll read from The Painting and the City, accompanied by Brady Burkett on electric guitar.

All contents copyright © 2022 Robert Wexler except as noted